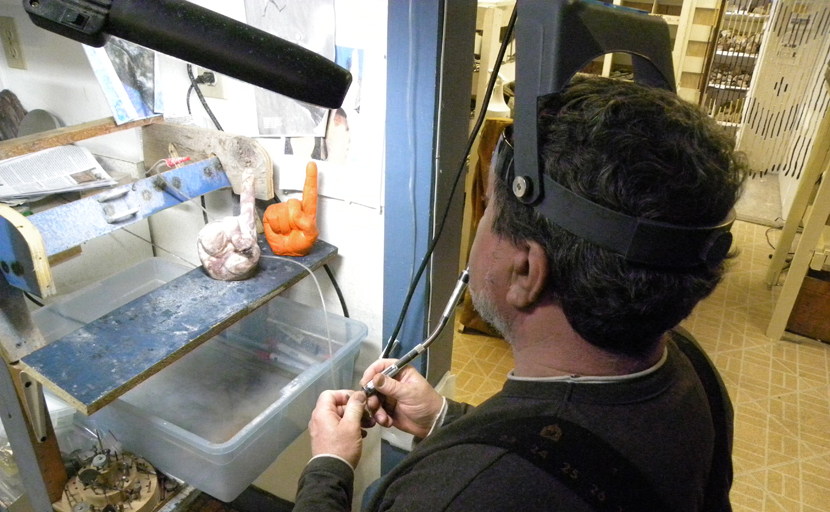 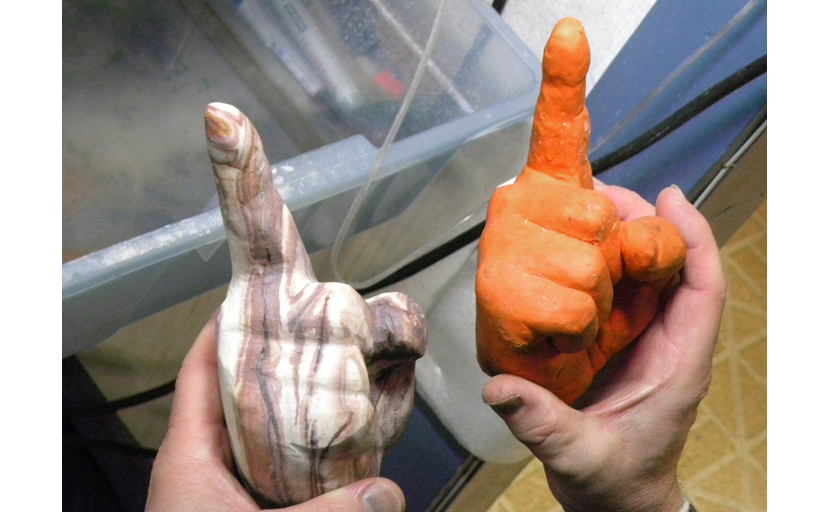 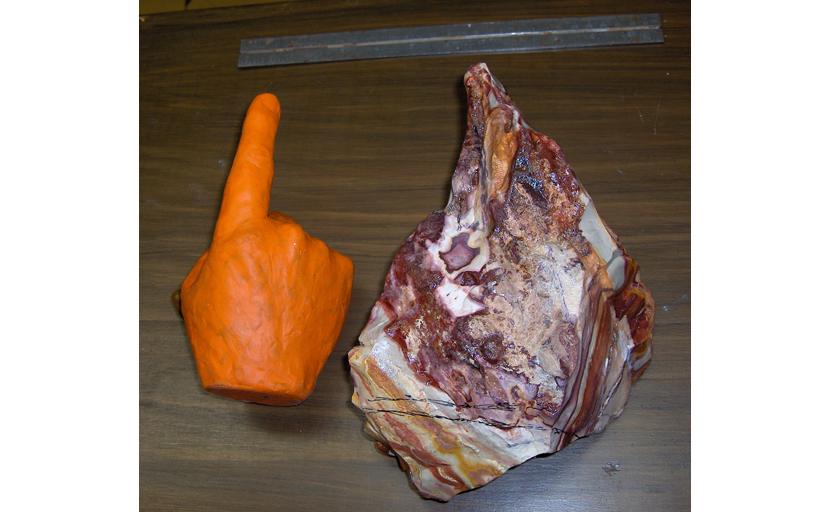 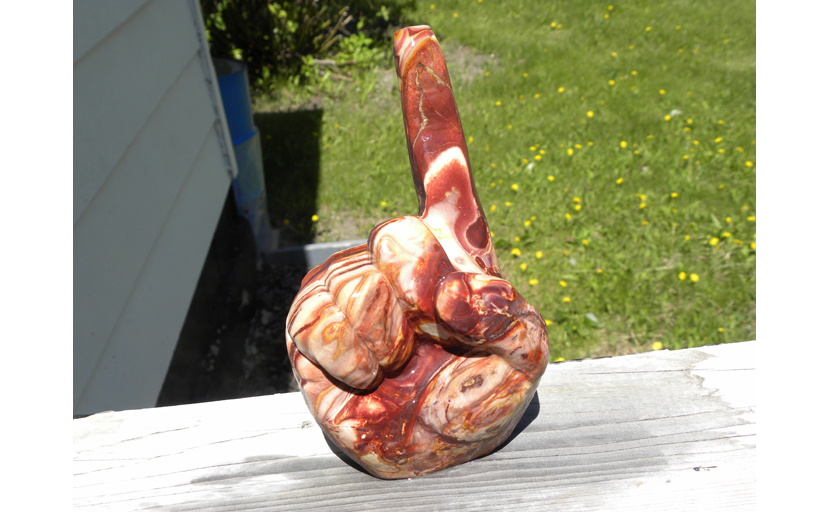 This hand has been carved from Rhyolite, a volcanic stone very closely related to Pumice. This particular type was mined in Oregon and bears no name other than Rhyolite. It is like other Rhyolites, such as Wonderstone from Nevada and Hickoryite from Mexico, but still retains its own unique look. The Audubon Society "Field Guide to North American Rocks and Minerals" tells of its origin, saying, "Rhyolite is formed when magma of granite composition erupts at the earth's surface or intrudes the crust at shallow depths."

I used my own hand as the model, and I thank my client for the commission as well as the opportunity to produce a gem carving from such a rich and exciting material.