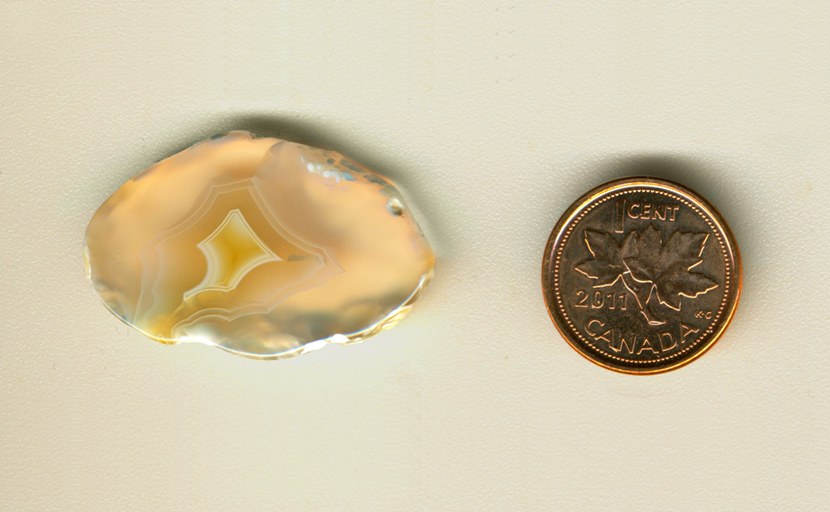 A nice white and yellow pattern overlaid on a clear agate background, all encompassed by two thin, delicate white fortifications! This might be used as an accent for a display of other Coyamitos, or as an elegant solo act. The central geometrical shape seems to recede into the stone, like an alcove in a an agate wall!