Treasures We Have Known 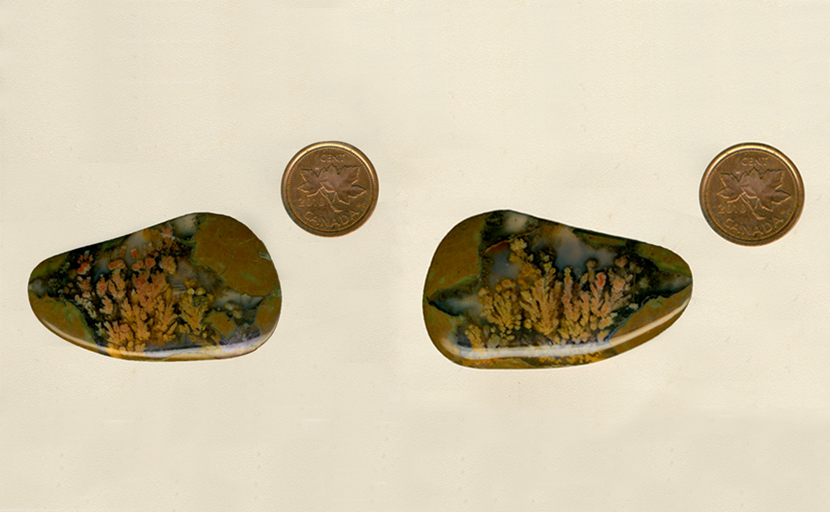 This is a double cabochon (both sides are domed and polished), displaying pinkish plumes in a star-shaped window, indicating that it is a thunderegg. This is a very rare form of agate from the Richardson Ranch (formerly the Priday Ranch) in Oregon. 50mm by 30mm.